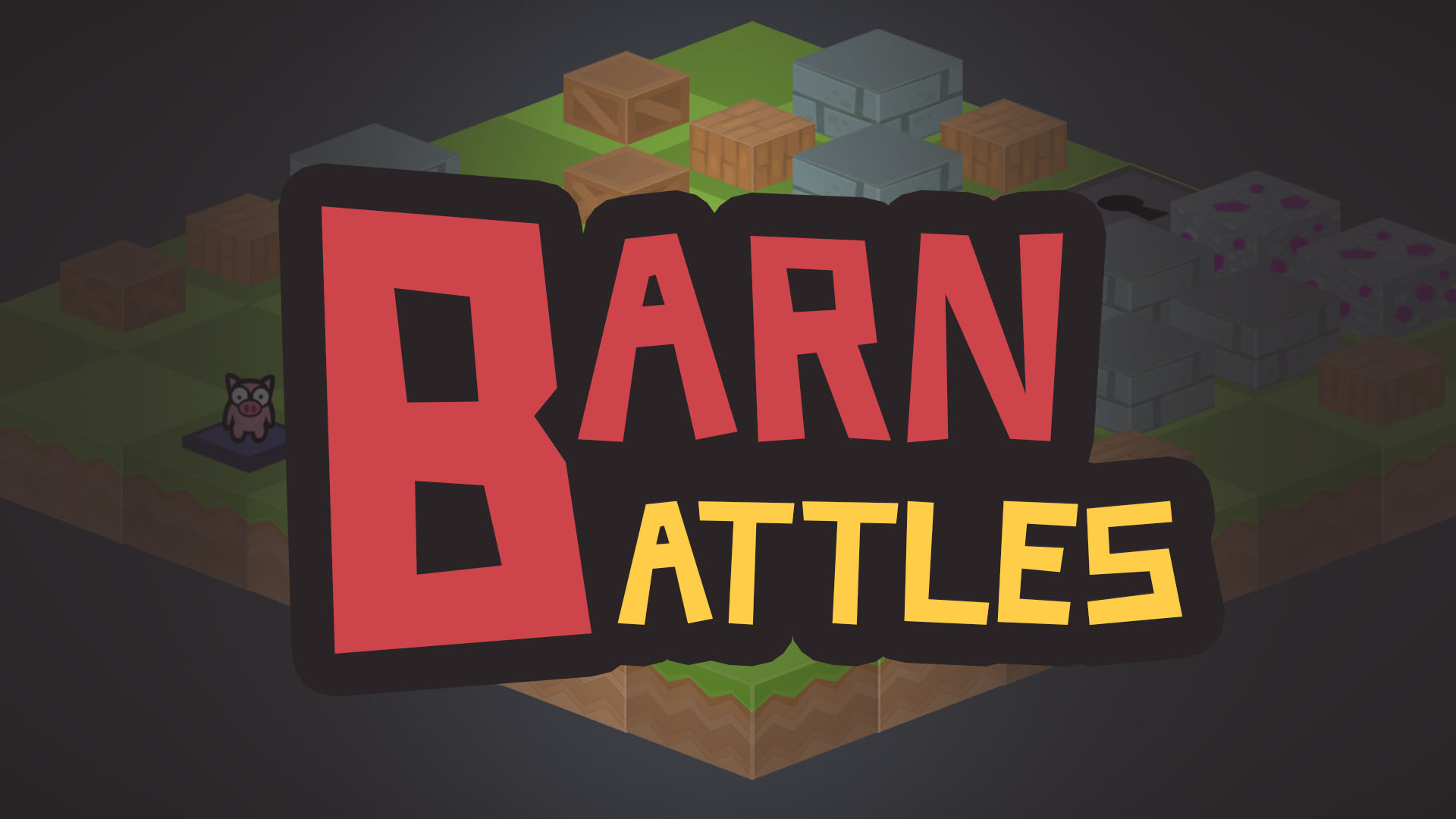 Battle your way through the barn in this turn-based tactics roguelite.  Catch the animals you want to join your team, or use their different abilities to outsmart your opponents!

Prepare for BATTLE in the BARN!

I like this mechanic of capturing enemies to be actually your teammates. It looks like building your own team from scratch(i like the team managment/ your own army meta-game or something like in Barn Battles, where you can basically get anyone as your own unit). I like the mechanics of game and it looks greatly polished as for 7 days jam game. I wouldn't make such a game in one month and you made it in 7 days. So I respect your skill and experience. I hope, that one day I'll be somewhat close to you in this regard.

You know that, because you said it in video, but enemies can get stuck and don't know how to attack you, so they move here and there every turn while you move your second unit to loot all the boxes.

And secondly, I didn't found, that anyone mentioned it, but you can actually attack your allies and kill them(I discovered it accidentally to be honest) Maybe it was left intended, e.g, when you want to capture other unit and want take some apples,  you can simply sacrifice your unit to get better unit.

This is my record :P

After Beating the game: it was super fun to figure out the mechanics of the game and get to beating it :D Love the game glad you are still working on it!

What follows is the raw comments I made as they came up while playing:

TAB does not work in browser, it scrolls the page.

best strat, get enemy stuck in a loop where it can't hurt you (top chicken corner) and break all the crates

Enemies in Zone 2 don't match the art style of the rest of the game (thicker outline looking straight at you), but the concepts are also much more unique

It was sort of weird to me that the starting human can die, is it supposed to be you? I like that I can keep going, but maybe be able to start with animals and no human? idk

I like the way that any animals can capture other animals, I think it might make more sense for your starting character to also be an animal so that it doesn't feel weird when the human dies. "you" as the human can be controlling the animals but not in the battlefield.

I heard you saying that the human would be the only one with a capture ability, but I feel like that would break some of the design?

I think there was a glitch where after an enemy used its (10% chance to attack back) it looked like I was controlling the enemy?

I clicked my dog during the round transition and it showed my options grayed out even though it should have been the start of a new turn, so I had to deselect and reselect

Kite enemies around to break boxes, got enough apples to get the big pig boss

in the beginning it sort of felt kiting would be cheating or something, but it was actually a pretty fun part of the game. Its unclear if thats the intended way to play.

Sometimes I get to move after I attack and sometimes I don't. Oh, I see the the little move icon now. That could use more feedback so the player knows their action is using that resource.

I would like to be able to choose attacking / moving without having to move my mouse all the way to the top left (or hitting number keys) Like if the options were above the character it would be less moving your focus.

I can't actually see the movement pattern of new enemies if there are crates/animals blocking them.

I can't see my health and attack when the unit is selected. I would have to right click to see it, but that would end my turn if I already did an action

Just noticed the dodge percent chance for your animals and for enemies. Makes the RNG feel less bad, but could also be because I'm in mid-late game already.

bosses seemed daunting, but they're not that bad when you realize they can only move or attack on a turn and not both. Easy to kite. (didn't realize this till I got a boss for my team and realized they are actually pretty bad on your team lol)

It would be cool to see some sort of change in the menu or something when you beat the game. Something like a list of all animals you have ever captured with their stats and a pic of their movement/attack pattern, and then have an extra icon if they were in your team when you beat the game. - common roguelike style progression stats / achievements

Love the music as well. Did you make it? I don't see a credits anywhere.

Suggestion for input change, clicking an empty space moves to it, clicking an enemy prompts you to either attack or capture. Theres not really ever a need to be able to switch action type since you can never move/attack on the same space.

I think some people think that you can't select enemy units because you can't do it in the middle of your turn, you have to cancel out.

This game is actually awesome. I really enjoyed this one. I'm really having a hard time deciding which engine to use for my games now because I started learning unity but after seeing the things kindred did with unreal I wanted to switch to that and seeing you make all these things with construct makes me want to try that out. You guys are making this really hard for me lol.

Hehe i love the music. But why can i select the enemy to get a message that I can't control it? :) I have never played tactics game, so sorry if i miss something basic :)

Pretty fun game. I wish there was a way to know the abilities of each animal before catching it, though.

Hey thanks for playing!!

If you click on any unit (even enemies) you can see all of their stuff, including move/attack range, capture cost, currency they're carrying, dodge/crit, and abilities.

Game isn't super clear about that.

Loving the game, so addictive and the music is so additive and suits the game brilliantly

this game is ultimate fun and addictive in a good way, I wish turn based games  was this fun when i was a kid. 10/10 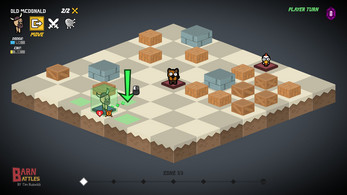 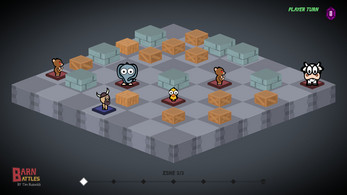 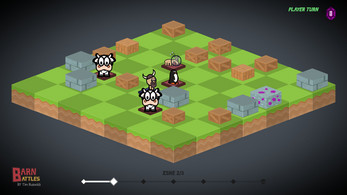